Three Ways to Get Culturally Immersed in Dakar, Senegal

Dakar, Senegal, is an interesting hub of contrasts, perched on the coast of the Atlantic Ocean at the westernmost point in northern Africa. It’s modern by African standards, but in many aspects still decidedly third-world. It’s got upscale hotels flanked by streets lined with debris and trash. On the roads, there are Maseratis cruising alongside horse-drawn wagons. This mix of modernity and poverty makes for a worthwhile experience for the traveler who’s longing for a taste of culture outside the Western world, while still having some available creature comforts.

Here are three ways to get a true taste of Senegalese life during a Dakar visit.

Be a night owl and go hear some live music.

Music is an important part of Senegalese culture; one can hear traditional music on the radio, American hits blasting throughout the aisles of a grocery store, and Arabic hymns sung over loudspeakers near a local mosque all in one day. Live performances abound, with some clubs hosting acts every night. Go see a local act at the Blue Note in the Almadies neighborhood or at Just 4 U, probably the most popular music venue in the city, closer to downtown. But he prepared to stifle a yawn or two; most acts don’t take the stage until around 1 a.m., especially on weekends.

It’s loud, it’s crowded, and if you’re a westerner, you can expect a bit of harassment. Truth be told, browsing the stalls at the Marche Sandaga, located downtown, might not be the most inherently enjoyable experience, with overwhelming pressure from vendors to buy something from their shop. But it’s a crucial insight into the mentality of many struggling Senegalese – the desperation to sell their goods and make a living and the notion that if you’re foreign, you must be rich. Be prepared to repeat “Non, merci!” over and over to the hawkers, but take your time browsing and you’ll come away with a deep sensory experience and perhaps a souvenir.

This Senegalese afternoon tea ceremony is steeped – pun intended – in tradition. The ceremony, much like life in West Africa in general, is lengthy and leisurely, with the intention of truly savoring both the rounds of brewed teas and time spent with family and friends. Finding a place to enjoy attaya can be difficult for a traveler; the ceremony is not regularly offered at restaurants in Dakar. If you have a tour guide, night guard hotel concierge, ask them where you might be able to attend a tea ceremony. With a bit of luck, they can direct you to the right place – or, better yet, they might even ask you to join their family for attaya.

Overall, be bold and brave when traveling in Dakar to get the most of your West African adventure. Most Senegalese people love foreigners and relish the opportunity to introduce someone to their way of life. Be friendly and be outgoing and you’ll come away with great memories of Dakar. 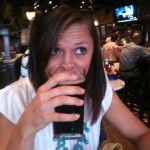 Rachael Cullins is a twenty-something American girl living in Dakar, Senegal, with her husband and two dogs. She blogs daily about her adventures in Senegal and will reside in Dakar until summer 2013, when she and her family will move to another foreign post as part of her husband's career with the U.S. government. In addition to West Africa, she has traveled to France, Belgium, Luxembourg, Germany, Italy and Costa Rica.

How To Pack Lighter