Top Five Things To Do In Turkey – Away From The Beach

Turkey has seen a boom in tourism in recent years, largely thanks to the weakening of the pound against the Euro, with nearly 1.6 million UK residents taking a holiday to Turkey in 2009 according to the Office for National Statistics – and all signs are pointing towards 2010 being another busy year for the Aegean country.

However the majority of tourists will visit the typical tourist resorts such as Marmaris, Bodrum and Kusadisi, not daring to stray from the beaches and bars. This is a real shame, as Turkey has some fascinating history and some real travel gems. So to help remedy this, we’ve collated our top five amazing things to see in Turkey, if you can prise yourself away from the beach that is!

The abandoned city of Ephesus was founded in the 13th Century B.C. and was once a major port and the capital of Roman Asia. It was also home to the temple of Artemis, one of the seven wonders of the ancient world, before it was destroyed in 356 B.C.

Once the port silted up, the city’s population diminished before it was finally abandoned altogether. But thankfully, many of the buildings have remained in surprisingly good condition including the former stadium and library, and a tour of Ephesus provides a captivating glimpse into the past. The site is located an hours drive south of the popular holiday resort of Izmir, or just 12 miles north east of Kusadisi and will take a full day to see properly.

The Grand Bazaar, or Kapalicarsi as it is known locally, is the largest covered market in the world. Located in Istanbul, The Grand Bazaar is sprawled over an area of nearly 50 acres and houses more than 3,500 shops selling a whole range of items including spices and foods, jewellery, antiques, carpets and leather goods. This noisy, bustling market is open Monday – Saturday, 8:30 – 19:30*. Just be mindful of pickpockets while you are there.

Hagia Sophia in Istanbul’s old city is an architectural phenomenon and one of the largest enclosed spaces in the world. The central dome measures around 100 feet across and the scale of the internal space is overwhelming. Entrance costs 20 Turkish Lira*, (currently around £9). Don’t miss the selection of intricate mosaics in the gallery.

The cave dwellings at Cappadocia, in central Turkey, are a unique and intriguing historical site. Following years of volcanic eruptions from the now extinct Erciyesdagi volcano and subsequent weathering, the surrounding landscape has been transformed into a formation of bizarre cones, towers and mushrooms of volcanic rock. Since approximately 2000 B.C. people have carved dwellings into the rock and gradually the underground city of caves and tunnels known as Derinkuyu was formed.

Derinkuyu spans 11 floors and approximately 10% of the complex is open to the public. Tours of Cappadocia and the Derinkuyu cave network are available and the experience is certainly guaranteed to be an absorbing and unique one, but is not for the claustrophobic!

Standing at the eastern side of Istanbul’s old city is the lavish Topkapi Palace that was the centre of the Ottoman Empires rule for more than 400 years. The palace dates back to 1459 when Sultan Mehmet II ordered its construction, and today is a UNESCO world heritage site and is home to some incredible Ottoman architecture, relics and treasures, including the Prophet Mohammed’s cloak and sword. Topkapi Palace is open to visitors each day except Tuesdays, from 9am to 7pm, and entrance to all areas of the site will set you back approximately 35 Turkish Lira (£15)*.

What are your favorite destinations and things to do in Turkey? 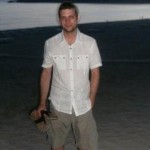 Harry has been inspiring people to travel for many years. He has travelled around much of Europe and a little further afield also.

How To Save For Your RTW Trip

More on being a big deal