The White Lady only comes out at night, towed by a tractor to Commerce Street in downtown Auckland, just behind the train station and around the corner from Showgirls. With bright Christmas lights along her flanks like a beacon to the congregating barflies, the White Lady has been serving New Zealand’s late night crowd for more than 60 years, piling burgers high with pineapple, eggs, beets, and a series of accoutrement most would never consider atop on a beef patty.

Auckland, New Zealand is an amalgamation of cultures and foods. For backpackers, there’s excellent cheap Asian food on offer at one of the many food halls in the Central Business District. Cafes boasting outstanding coffee seem to be situated every hundred meters (tip: try the distinctive flat white). For classic New Zealand fare, any number of restaurants will offer lamb or green-lipped mussels.

But none of those are as intrinsically Auckland as a heaping burger, served in the wee hours of the morning from a trailer downtown, bathed in the neon glow of the night lights, mixing among the carousing revelers freshly emerged from the refuge of the area’s bars and nightclubs.

A word about New Zealand hamburgers: they’re probably different than what you’re used to. For starters, it’s not uncommon to find a slice of pickled beet tucked under the bun, tinging the bread pink and with a little juice running out. You’re also likely to find a bit of shredded carrot or a fried egg hiding in there. But it’s also likely to be surprisingly fresh, well-prepared and delicious. The lettuce will be crisp, the patty hand-formed. Exhibit A: The White Lady.

You’ll line up along the counter, likely behind a small group of tipsy travelers, and the first thing you’ll notice is the selection. You’ve got a choice of a dozen hamburgers, plus a selection of toasted sandwiches and even a few vegetarian options. A sign with pictures is a helpful guide for those calculating their hunger against progressively taller stacks of beef. The big one, The Aucklander, includes the works for $18.50; smaller ones, less ambitious ones are under $10.

The staff are also surprisingly helpful and friendly for a late night joint. Years of dealing with vagabonds and late night partiers can take their toll, but the crew behind the counter is patient, friendly, young and happy to have a chat between shouting out orders. They’ll even recommend a few good pubs in the area if your refueling stop is only a break in the action.

The burger will arrive carefully squeezed halfway into a paper bag. Leave it in there. You’ll need the bag as a backstop to keep all the good stuff together and from sliding out into a beefy, saucy mess. Tuck into it as best you can, adopting either the polite bites or ‘shove and love’ approach. Sit on one of the upturned milk crates lined up against the wall and feel like a local.

The White Lady can be many things to Aucklanders and travelers. It’s been a source of artistic inspiration, a landmark, and much needed post-bar sustenance at only a mere stumble from a series of hostels. It’s a conspicuous and easy way for visitors to get a taste of the city’s distinctive late-night legend, and worth a pit stop on any visit. 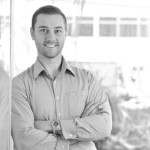 A Surprising Visit to the Harley-Davidson Museum

Holiday Gifts For The Traveler at Home

Why I Can’t Constantly Travel And Own A Business