The Freshness of Belgian Beer

It’s about lunchtime and crowds of photo snapping tourists are sprawled throughout the square, photographing the golden lining buildings that blend multiple styles of architecture and art together. Within the hustle and bustle, a Chinese tour group take turns posing in front of the Gothic styled Hotel de Ville. A painter stands next to his small stall, eagerly waiting to make a sale as customers browse through his impressive art pieces. Children are joyfully playing, screaming and running, oblivious to the fact that they are in Europe’s most beautiful public square – Brussels’ Grand Place.

However, I’m not here to visit the impressive public square. In fact, I eagerly want to escape. I’m actually just passing through Grand Place, in search for a renowned bar called Delirium Café – a beer café which at a ridiculous total of two thousand and four, won the 2004 Guinness Book of World Records for having the most commercially available beers.

It was last night over beers that I heard about this beer cafe when my Franco-Belgian friend, Axel, casually mentioned it.

‘You know, beer is a way in life in Belgium.’ My friend told me with his nasally French accent.

‘It’s like what the French have with wine. But at this place, I think it perfectly summarises Belgian’s passion for beer.’

I was immediately hooked. Two thousand and four is a lot of beer.

To escape the bustling crowd, I immediately wander through the back alleys of Brussels city centre, passing through restaurants enticing customers for bowls of Moules Frites, mussels and fries – the Belgium national dish. Following my trusty tourist information map, I follow the maze of lefts, rights and straights until I finally stumble upon a blue painted bar with a sign that has a pink elephant and reads ‘Delirium Cafe’.

I enter inside, descend down the stairs and arrive at a dimly lit bar with wooden barrel tables, wooden furnishings and plate sized beer caps and other nostalgic items decorated throughout the ceiling and walls of the drinking hall.

I approach the bar where a crowd of customers are vying for the attention of the bartender. I look beyond the bartenders and see a wooden framed certificate proudly hanging on the wall. It’s the Guinness World Book of Records certificate.

It’s now my turn to order, and still unsure what beer I fancy, I ask the bartender for a menu. He pops over to his side and hands me a magazine as thick as a small phone book. I flick through the pages of the somewhat heavy phonebook of a menu and glance through their stock. Milky smooth brune beers, crisp and refreshing blondes, Trappist beer produced by monks in monasteries, sweet cherry flavoured Lambic beers, potent Tripel beers, subtly bitter and aromatic pale lagers; every beer imaginable was on this menu.

This made it all the more difficult to choose.

The previous crowd that had been awaiting their orders were now gone. The stylishly bald bartender stands there waiting patiently for my order. I look up to the man and ask for his opinion.

‘What type of beer do you like? Dark, Amber, blonde?’ he asks.

Previously, my knowledge of Belgium beer only extended to Stella Artois, a beer which I later found out to be the Belgian equivalent to American’s Budweiser.

Vaguely, I tell him ‘something brown and smooth.’

Instinctively, he grasps a bottle from the fridge below, whisks a glass goblet out of nowhere and flings it in the air. He skilfully catches it by the handle and pours the dark brew from the bottle into the goblet.

‘This one is Affligem brown. It’s a nice brown beer, a bit sweet but with lots of dark fruits and malt, but nice and smooth.’

I reach for my wallet and unfold it to realise that I only had enough money for one beer. I hesitantly pull out the note and give it to the bartender.

The change was handed to me and I sit myself at the bar on an awkwardly tall stool.

I look up above the bar, and all the wooden panels are decorated with monetary notes from all over the world, each written with a message and signature.

I sip my dark beer and taste its complexity. It’s exactly what the bartender described: subtly sweet dark fruits, roasted malts, and reasonably strong but very smooth. I slowly savour the dark brew while looking through the bulky magazine of a menu. I examine the bartenders and their work. The same stylishly bald bartender who had just served me pours the amber beer from the bottle into the cup until a few drops were left trapped inside. With the remaining beer in the bottle, he then furiously plays with the bottle; rapidly rolling forwards and backwards on the table, shaking it and swirling it with his thumb concealing the bottle hole. The remaining beer, now a thick cloudy foam, returns to its family as it was poured into the glass goblet. Never had I seen so much effort and skill put into a simple act of pouring beer from a bottle into a cup.

Intrigued, I ask the bartender the logic behind his special pouring method.

‘Oh yeah’ he says to me reassuringly. ‘…and more!’

Shortly after, a tanned man with olive black hair appears next to me. He asks the bartender for a certain beer. The bartender doesn’t understand the man. The tanned fellow reaches for the menu and determinedly browses through it in search of his beer.

The man finds his beer under the menu section of Saison – the pale ales brewed seasonally at farmhouses in Wallonia, the French-speaking region of Belgium.

The bartender nods his head as if approving the customer’s choice of beer. He heads towards the back of the bar, opens the cellars door and walks inside the vast room filled with 2004 varieties of beer. He shortly comes back with what looks like a small champagne bottle and presents it to the tanned man. He approves and the bartender unscrews the cork; a subtle pop sounds erupts and he then pours the silky yellow brew into a glass goblet.

After the man pays for his drink, he sits next to me and takes his first sip of the beer.

‘It’s a good beer’ he informs me in his seductive Latin accent, filled with passion.

That’s a huge claim, but the bartender seems to agree as he overhears our conversation.

‘Yeah it’s a pretty good beer. The brewery is run only by a father and son team, out in a farm in the country side. They only make like a few batches a year.’

The tanned man, again sips his drink, and displays emotions of pure happiness and ecstasy.

He asks where I’m from.

‘Oh, Australia? Are there any good beers in Australia? I hear Fosters is a good one.’

‘Yeah no one actually drinks that in Australia. It’s only sold outside the country, I think. But a good Australian beer?’

I struggle to answer his question. Ever since I arrived in Belgium, nothing seems remotely comparable to Belgian beers. All the beers in Australia seem so inferior now.

I give the man a weak answer.

‘There’s one called Coopers, that’s an interesting one. It’s got this white powdery thing on the bottom, so you need to shake it around before you drink it.’

The powdery thing, I later find out from this gentlemen, is actually the yeast extracts. We continue talking about beers and other chit chat. I discover that the man confirmed my speculation as he was indeed from the Canary Islands in Spain.

He spent the previous year, learning beer brewing in Germany and was now was looking for a brewery job in Belgium.

‘The Germans only have one way of making beer. They are very straightforward with their brewing. Belgians are flexible, they like to experiment. Do this and that. Add this and something else. It’s very interesting.’

I ask him what makes a good beer.

Without any hesitation, he instantly proclaims

Later on, my newly formed Spanish drinking buddy looks at his watch and notices the time. He has to catch a plane in the two hours. He then packs his things, shakes my hand and wishes me good travels.

Now all alone, I take my glass goblet and in one gulp finish my beer. Still eager for one more drink, I look over next to me where the Spaniard had been drinking and notice the champagne shaped beer bottle still was still half full.

It’s a crime for beer to be wasted, I justified.

I ask the bartender for a small glass. While the bartender fetched my cup, I quickly search inside the menu to find that Saison D’Epeautre was definitely out of my price range; $25EU for the small champagne sized bottle.

The bartender returns with the small glass cup. I clutch the still cool bottle and pour the remaining beer into the cup.

Delighted that I just scored a free beer, I take my first sip and tasted the dry beer with its light body and wheaty texture. I’m right in my suspicions, it’s not the world’s best beer but it definitely passes the Spaniard’s criteria; it has freshness. 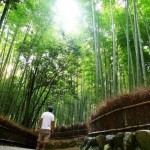 Brendan Wan is the author of the travel blog, Wanders of the World. He has had a picnic on the Great Wall; drank champagne in French region of Champagne; scootered around Taiwan on a 125cc KYM scooter dubbed “The Green Hornet”; and has now been slowly destroying his liver one Belgium beer at a time. Follow his exciting stories and adventures on Twitter @worldwanders and on Facebook.

Cheap Places To Stay For Awhile Around The World

When Hostels Use Social Media