Some destinations are overlooked because of geographical isolation, others for a lack of modern-day comforts or even political instability. Estonia, with its beamingly exuberant capital of Tallinn, suffers from none of these and remains one of Europe’s most exciting and interesting cities despite being repeatedly overlooked by travelers.

While the fall of the Iron curtain has afforded certain Eastern European countries a boost in tourism (Czech Republic, Croatia etc.), hidden gems such as Estonia somehow remain shrouded in obscurity. This is unfortunate because Estonia, as well as its Baltic neighbors, should be on the radar of any traveler and is truly a budget traveler’s dream.

Estonia’s ultra-modern capital of Tallinn boasts an exquisitely preserved, fairy tale-esque old town dating back to the 1050, making it the oldest capital city in all of Northern Europe and UNESCO world heritage site. A walk through old Tallinn’s narrow, coble-stoned alleyways evokes a decidedly medieval atmosphere that is un-adultered by any and all modern day distractions. St Olafs church, the tallest building in the world from 1549 until 1625, dominates the skyline and the old-town hall square even boasts the site of world’s first Christmas tree dating back over 500 years! (though, Riga, Latvia disputes this claim vehemently).

Anything the backpacker could possibly want or imagine presents itself, with a distinct Estonian twist. Tallinn, along with the rest of Estonia, is extremely safe with its citizens even hitch-hiking regularly without the sort of paranoid weariness that seems to plague most of the Western Europe and the US. Hostels of a comparable if not higher quality to those found elsewhere in Europe can be found for as little as 10$ a night, right in the center of the old town.

Although Estonians trace a similar heritage to their Finnish neighbors, they seem to lack the reserved tendencies of their Northern contemporaries. Every Tallinn resident I met during my stay spoke impeccable English and was helpful beyond belief, a true blessing considering Estonian is widely considered the most difficult language on earth to learn and understand.  Ask a local about their country’s folklore and you could find yourself listening to tales of giants, wizardry and a whole mess of crazy Lord of The Rings style stories for hours.

Must-try local delicacies are the ubiquitous Pierogi, reminiscent of a Russian style pot-sticker that can be filled with pork or anything really. Other staples are Ale Coq beer (you can visit the brewery in Tartu, Estonia’s second largest city), which Estonians like to drink as if it is in limited supply, as well as spirits infused with local berries and herbs.

Today, Tallinn is a tech powerhouse and often referred to as the “Silicon Valley of the Baltics”.  Skype originated in this tiny country of small wonders, which is the first in the world to declare Internet access a constitutional right.  Even trekking deep into the countryside one will find a government-sanctioned blanket of Wi-Fi.

Though the weather is at its best in the summer, this is also peak season for vacationers from Finland, along with men throwing stag parties, to visit. Visiting in the spring will afford you solitude, while the fall boasts magnificent displays of colorful foliage change along with traditional harvest festivals.

Visit Tallinn now while tourism is still in a stage of relative infancy and I can guarantee you will not be disappointed! 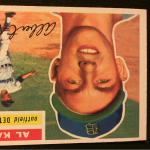 David Decher is a journalist who has lived and reported in South America and traveled extensively in North, Central and South America, Europe, and parts of Asia. When he isn't writing and planning his next journey he is surfing, hiking and backpacking the mountainous wilderness of his native Northern California.

How I Overcame My Fear

Backing Up and Protecting Your Files On The Road

Meeting the End of the World