Paris has a reputation for sophistication—and usually, sophistication doesn’t come cheap. The City of Lights is the home of haute couture, Michelin stars and the Mona Lisa, but it’s still a wonderful place for the budget traveler to explore. There are plenty of cultural, foodie and outdoor opportunities that are free or super cheap as a way to enjoy the je-ne-sais-quoi of the French capital.

If you’re under 26 (or kept hold of your university ID card), you’re particularly lucky. Don’t hesitate to ask for a jeune or étudiant discount at museums, landmarks and movie theatres. If you’re under 26 and a European citizen, it’s often free!

Buy a carnet of 10 tickets to travel on the Metro or the bus system. While many prefer the buses of Paris—the argument is that you actually see the city, instead of just an underground tunnel—I’m quite partial to the Metro. Almost all cheap hotels in Paris are within a few blocks of a station, making it super convenient. Plus, Paris is much more walkable than most people realize–if the weather’s nice, don’t hesitate to hoof it.

Take a load off

If the weather’s nice—which certainly isn’t always the case in Paris, so take advantage of it!—grab a book and head to the Jardin du Luxumbourg or the Jardin des Tuileries. Grab an iconic green chair, watch the motorized miniature sailboats in the pond, or simply soak up the sunshine. Head up to Sacre Coeur to enjoy an unparalleled view of the city on a clear day, with the background noise of talented street musicians.

A coffee and a view, please

Grab one of those teeny-tiny tables on a brasserie terrace for the best people-watching view. No matter whether you order an espresso or a whole meal, you’ll be allowed to linger at the table as long as you want. I love the secret courtyard at Café Contrescarpe for something more relaxing, and splurging on an espresso on the Champs-Elysée to gawk at tourists and Parisians alike. For a truly kitsch experience, don’t miss Les Deux Moulins, the café where Amelie famously worked in Montmartre.

Eat on the street

My first stop in Paris is always L’As du Falafel: if you order from the outside window, a special falafel is only 5 Euros (and with a solid helping of veggies, it’s a full meal). However, I fell in love with crepes on my first trip to Paris and they’re still my go-to for a cheap meal. Don’t miss Au Petit Grec on Rue Mouffetard for a delicious savory crepe, with plenty more options than just the traditional ham and cheese. You can’t go wrong with a Nutella crepe at any street vendor—just add a banana, and you have a serving of fruit, too!

Head up the Arc de Triomphe instead of the Eiffel Tower for an amazing view of the city. The lines are shorter, it’s a lot cheaper and you actually get to see the Eiffel Tower—the Paris skyline just isn’t the same without its most famous landmark. Bring a picnic and a bottle of wine to enjoy on the lawn of the Eiffel Tower—there are plenty of Chinese takeout places in the neighborhood if you’re craving something other than bread and cheese.

If you want to cook your own meals or prepare a romantic picnic, there is no shortage of fresh, cheap ingredients in the open-air markets all over Paris. Check out the all-organic market that takes over Boulevard Raspail every Sunday morning. The covered Marché Beauvau is an experience in itself: the protected, historical building was constructed in the mid-19th century. On Thursdays and Sundays, market stalls selling everything from fresh produce to butchered meat to vintage clothing pop up near the Bastille. One word of advice: go early! Many markets start shutting down by noon.

Take advantage of the free street art and entertainment. Paris has no shortage of incredibly talented buskers and street artists. Listen up, and when you hear something that strikes your fancy, take a seat and enjoy it. Pay attention to back walls, manhole covers and billboards: Paris street artists are creative and prolific

Cinema culture is huge in Paris: it has an enormous network of small theatres.  If you don’t feel like practicing your French, make sure the Hollywood film is Version Originale—and it will be shown undubbed with French subtitles. Le Pagode is an adorable independent theatre with a serene tea garden courtyard. Bercy Ciné Cité is a huge, modern complex with plenty of VO movies, situated in a large square filled with shops and restaurants.

Get some culture on the cheap

There is no shortage of museums in Paris. My personal favorite is the Pompidou Center: awesome modern art that makes you think, exciting temporary exhibits and fun street performers outside. The building’s crazy cool architecture and extensive bookshop is an added plus. On the first Sunday of the month, you can head straight to the sixth floor for a free look at the panoramic view (usually included in your ticket price). Don’t miss the most famous art in the world at the Louvre Museum—and if you’re under 26, it’s free every Friday night. The impressionist classics at the Orsay Museum are cheap after 4:30p.m. every day but Thursday and after 6 p.m. on Thursdays, and free for everyone on the first Sunday of the month and for EU nationals between the ages of 18 to 25 anytime. The floor-to-ceiling water lilies at the Orangerie Museum are free the first Sunday of the month, too. There’s also the Museum of the Hunt and Nature for some unexpectedly pleasing taxidermy.

Take a stroll through Père Lachaise, and find the most important names in French history (and in the case of Jim Morrison, American rock and roll culture). Wander through the medieval streets of the Marais, which are now dotted with vintage shops, gay bars and the best falafel in town. Window shop in the luxurious Sixth before resting your feet and soaking up the intellectual inspiration at Les Deux Magots, where Jean-Paul Sartre and Pablo Picasso used to trade ideas with friends. There are plenty of off-the-beaten-path alleyways, art galleries and independent clothing stores in Montmartre to make a walk interesting.

Mostly, just soak up the inspiring beauty of the City of Lights. While Paris is a moveable feast, it’s a feeling that can’t be recreated anywhere. 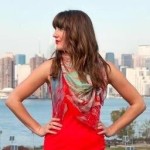 Christine Amorose is a full-fledged Francophile, aspiring street art photographer and semi-professional beach bum. Since earning a degree in journalism, Christine has backpacked solo through Europe and Southeast Asia and lived and worked in France and Australia. Follow her adventures at C'est Christine, on Twitter and on Facebook.

How to install Matomo (Piwik) on DigitalOcean

How To Halve The Contents Of Your Backpack