Except for pious believers longing to visit the Holy Land, many travelers probably don’t know much about other Israel attractions beyond Old Jerusalem, Tel Aviv and the Dead Sea. Thus, this post will uncover some other excellent Israel attractions that are less popular or almost entirely off-the-beaten-path.

Haifa is a beautiful city on the hills of Mount Carmel, approximately 90 km (56 mi) north of Tel Aviv. It has a multicultural population and history overflow, having been ruled by more than ten civilizations in the past 3,000 years. The most popular Haifa attraction is the impressive Bahá’í World Centre, with its stunning terraces and Shrine of the Báb. Moreover, on my solo Middle East road trip, Haifa served as the perfect base to explore other interesting Northern Israel attractions such as historical Caesarea, Akko (Acre), Nazareth, Adamit Park, and Rosh HaNikra.

Also known as Lake Kinneret, the Sea of Galilee is one of the must-see Israel attractions (even if you are not a follower of Jesus). Not only the Romans, but also the Hasmoneans and the Greeks founded towns along its shores. As a result, there are several historical sites to explore in the region. Some of the top attractions include Beit She’an National Park (1st-2nd century Roman city), Mount Arbel National Park (best hiking in the area), Mount Tabor, and of course, cycling around and taking a dip in one of the Galilee’s beaches.

Founded around the 2nd century BC, Tzfat is one of the up-and-coming Israel attractions. A pilgrimage site to Kabbalah and Jewish mysticism followers, the town has a unique vibe. While wandering the artists’ quarter and taking in the natural views are almost enough to feel the New Age energy, there are more things to do here. Particularly, art lovers are in for a feast. A visit to the Museum of Hungarian Speaking Jewry, the Bedouin village of Alsra, theGeneral Exhibition (an Ottoman-era mosque turned art museum), and the HaMeiri Museum (depicting the Tsfatian struggles) are musts.

If you really want to go off the beaten path, and even outside Israel itself, go to Akhzivland. Only 5 km away from Lebanon and 4 km (2.5 mi) north of Nahariya, it is “a tiny self-proclaimed independent state” since the 1950’s (Lonely Planet). In addition to receiving an extremely rare passport stamp by the sole inhabitant Mr. Eli Avivi, Akhzivland graces you with beautiful views of the Mediterranean Sea and a random museum with an array of old, odd artifacts. Definitely a unique place to write home (or your readers) about!

[question]Have you been to any of these Israel attractions?
Do you have any others to add to this list?[/question] 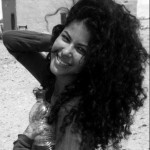 My Linux environment and the apps I used to replace MacOS

Staying on the Other Side of NYC