You just had a little shiver down your spine when you read that, didn’t you? Which means one of two things- either you’ve traveled in Australia, or you can see the future, and your body is scared.

Goon is quite legendary. Not a hostel in Australia has a night where no one drinks Goon. It’s boxed wine (Plonk). Usually bought for about $10 for 4 litres. It’s cheaper than mineral water. And after drinking it you’ll realise why. It doesn’t taste good. Imagine the kind of bottle of wine you’d buy when you’re 14 and wanting to make an impression on your new ‘girlfriends’ family. Then imagine you poured the entire bottle over a mattress that someone which a quite violent flu had spent the week on watching old Jerry Springer reruns. You let that ferment for a week maybe, and then squeeze that mattress out, collecting every last drop. That’s the best way I can describe the taste of Goon.

And everyone who’s ever had it has a story to tell about it. Seriously, ask any of your friends who’ve stayed in a hostel along the east coast of Oz

“So, what’s Goon?”
“Ah” as they shake their head “Goon…goon…goon…I remember one time on Goon…”

So far science has not been able to explain the effects of Goon. It is the only alcohol known to give you a hangover before you get drunk. You get a headache, you feel a little sick, and you start hating everyone around you.

There are rules to Goon. The official way it is to be drunk is in a mug. No one knows why, but drinking it out of a real glass is not acceptable. You may also use saucepans, jugs, or anything else that will make you look quite silly.

After 10pm, any Goon left on a table is communal. Well, it sort of is. Everyone’s so drunk you don’t really remember what’s yours.

Goon should be drunk within the confines of a drinking game. Ring of Fire is a classic, Eyes on keeps you moving, shot a minute is not recommended, but Goon is never recommending in general. You can drink Goon solo and slowly, but it’s just stupid. Goon is there to get you drunk, very drunk, very quickly, very cheaply. Even if you will regret it.

Red Goon is rarely enjoyed. White Goon is the preferred option for many people. Officially it’s wine. So with a white wine, you can get a drinkable bottle quite cheap and it gets better with price. Red wine is different; you can’t go for cheap Red. Unless you really want to forget the night and wake up next to a guy named Mandy wearing only a leopard skin thong.

Goon is made with Fish and Eggs. It says so on the bottle. But don’t get freaked out, it’s just a finishing agent. And honestly, if you’re on a travelling budget, you’ll agree that if someone told you smoking a Mars bar would get you wasted, you’d probably try it. The best part about this fact, is that when you’re drinking with GV’s (Goon Virgins), after the 5th or 6th mug, you can point this little disclaimer out to them, and see the colour on their face change rapidly.

Ice is recommended. The only thing worse than Goon is warm Goon. Some like to make ‘Magic goon’ and add lemonade, or another mixer. However Goon Cocktails are very hit and miss, I do warn you.

Some feel that goon is not enough on its own. And these are the sort of people that invented the Goon Bomb. Some of you who are more party types will be aware of Jagerbombs. Where you drop a shot of Jagermesiter into a glass of Red Bull, and down the whole thing. Well, a Goon Bomb is like that. Only with Goon instead of Red Bull. Yeah. Take a minute to think about that.

A night on Goon is different every time. But they’ll usually be blackouts. They’ll usually be incredible mistakes your friends will not let you live down. And the next morning, you will completely re-evaluate your life. It’s the vomit equivalent of an epiphany. You’ll realise where it went wrong, what you need to do, and that you defiantly will never do it again. Until the next night of course…

Some of you reading this may wonder why we do this. Pure hedonists, don’t care about your health, don’t care about the consequences, blah blah blah. And you know what, you’re maybe right. Goon will make you feel worse than most other drinks. However, you’ll also have one of the most entertaining nights on the stuff. You’ll make friends quicker than you ever thought possible. You’ll sing the words to songs you never even heard. You’ll smile all night, and you’ll enjoy it, and to me, this is what backpacking is all about. Putting your body on the line to meet people, have a great time, and do things you never thought possible. 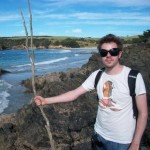 Marku has been meandering around this fair globe for many years, the more he see's, the more he wants to see, he would describe himself constantly intrigued. He believes life is nothing but the stories we tell, and aims to find a story on any shore he can.

A Day In Lucerne, Switzerland

Five Places You Shouldn’t Miss in the Philippines

How To Keep Your Expensive Equipment Safe On The Road

How and Why You Will Never Be Travelling Alone