Fall and Winter, with their chilly days, are perfect for hot and hearty soups. But if you’re in New York City, why settle for chicken noodle when you could be transported to another culture entirely, via a wonderfully fragrant rendition of one of its classic soups? Each of these soups is practically a meal in itself, and I also suggest a few favorite accompaniments. So grab a soup-loving (or simply shivering) friend, and head to one of these four picks:

If you’ve never had Vietnamese pho but love fragrant soup broths, rice noodles and basil, you’re in for a treat.  Pho is a Vietnamese staple, often eaten for breakfast or lunch, with a carefully simmered beef broth lightly spiced with ginger, anise, cloves, and cinnamon. Unless you’re  adventurous with your meat (tendon and navel, anyone?), I recommend Pho Tai, which comes with very thin slices of eye of round atop rice noodles in steaming hot broth. A small platter of beansprouts, Vietnamese basil and lime is served alongside. Put any or all of these in to taste (tear up the basil to release its flavor), and also help yourself to Sriracha hot sauce and hoisin sauce. Although some diners just squirt these into the soup, purists prefer to just squeeze small amounts on the meat and noodles they’ve picked up with their chopsticks, so as not to spoil the balance of the broth. While even a medium bowl will sate most appetites, there’s an extra large option, plus a variety of bun (rice noodle) dishes topped with fresh herbs and grilled meat to enjoy in warmer weather. Best of all, your hearty bowl of pho won’t cost more than $7-8, including tax and tip.

I know, the word borscht may make you think of long lines of grim-faced babushkas under Communism, or possibly the (awful/scary/depressing) headlines about Russia. Try your best to dispel these as you enter the cozy world of Mari Vanna, a Russian restaurant with all kinds of nostalgic memorabilia from both pre-revolutionary and Soviet era Russia. Evenings here buzz with well-heeled Russians quaffing the infused vodkas and nibbling zakusky (appetizers), so for a more leisurely experience come for lunch and just order the borscht, served with smetana (sour cream) to swirl into the magenta-hued broth. With loads of shredded beets and carrots and pieces of meltingly tender beef, it’s the perfect one-dish meal for a blustery day. Not cheap, at $12, but very worth it. If you’re especially hungry, there’s also a $24 prix fixe lunch option that includes the borscht as an appetizer, plus an entrée, such as Pelmeni (Russian veal dumplings). And if you’re there with a friend or two, split an order of the khachipuri, a Georgian savory pizza-like pie made with melted Georgian sulguni cheese.  Baked to order, it takes about 30 minutes, so order it right away. (Editors Note: I’m told this is actually a Ukrainian dish.)

What kind of soups are traditional to the Central Asian Republics of Kazakhstan, Kyrgyzstan and Uzbekistan? Not sure? Head to Taam Tov in the diamond district for lagman, a beef and vegetable noodle soup. Although Taam Tov’s version isn’t anywhere near  as spicy as the versions I’ve had in Kyrgyzstan, that could be to your benefit if you’re not too fond of spicy food. And if you are, never fear—the two kinds of chili sauces on each table will help you make it as spicy as you wish. Alongside the soup ($5), order lepeshka ($2.50), a puffy bread baked in the Central Asian version of a tandoor oven, and also try samsa ($2.50), a little baked meat pie. Interestingly, given its Central Asian food, Taam Tov is a Bukharian Jewish (and Glatt Kosher) restaurant. Since the younger generation speaks Russian I’ve always ordered in Russian here, although of course they speak English as well. Note that as the Jewish Sabbath commences at sundown on Friday, the restaurant has a variable closing time on Fridays: two hours before sundown.

Craving Thai food? Get thee to SriPraPhai in Woodside, Queens for a big, satisfying bowl of Tom Kha Gai, chicken coconut soup. The soup’s name is literally translated as “boiled galangal chicken” and galangal, a woodsy Thai herb similar to ginger yet with a more earthy and citrus flavor, together with lemongrass and lime juice, give this coconut chicken soup its unique flavor. Unless you’re a chili fiend, do watch out for the small roasted whole chilis in the broth. A large bowl of Tom Kha Gai ($8.50) is a meal unto itself, but if you’re with a group, also order some of Sripraphai’s many other stellar dishes: softshell crab with green mango salad, panang curry with duck, crispy pork belly with chili and basil and whole fried or steamed fish.

So there you have it—there’s probably at least one soup on this list that you haven’t tried yet, and you’re not going to find these at your nearest Hale and Hearty. Enjoy some of my favorite soups, and tell me about yours in the comments. 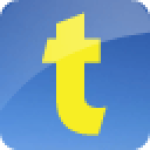 Hilary is the Founder of TravelSort, Although originally from Hawaii, Hilary has lived in Russia, Japan, Kyrgyzstan, the UK and Norway and has traveled in 30 other countries. Follow Hilary via Twitter.

Not Missing an Opportunity of a Lifetime