So you find yourself in Croatia and thirsty for some booze. But where to begin? All the beers have difficult to pronounce names. The liquor looks deadly and the wine looks iffy. Let’s start with the beer, the least terrifying drink for a backpacker.

When you think of the countries with the best beer, you probably think of Germany, Belgium, and maybe even England or Ireland. There’s a reason Croatia doesn’t make that list. It’s not for lack of trying. But as far as bargains go, Croatia may have the advantage.
Karlovacko is fairly bitter, but has a 5.4% alcohol by volume. It’s found in nearly every bar in Croatia.

Ozujsko is the most popular beer in Croatia and is the official sponsor of the national football team. It’s not the worst beer and is much tastier than Karlovacko, not to mention the cheapest.

Pan pivo is a lager produced by Carlsberg Croatia and shares a similar taste.

Croatian wine is not to my liking, even though I know nothing about wine. Like Croatian beer, Croatian wine tends to be a tad bitter. Bermet is a common white wine. There are tons of cheap reds, but they’re more akin to Two Buck Chuck in flavor.

If you’re a fan of the show Three Sheets, you may have seen host Zane Lamprey downing maraschino with the locals. There are some pretty intense liquors in Croatia. Maraschino, the most well-known, is made from cherries, but has a kick. Rakija is one of the more common liquors, resembling jet fuel in taste. You may be excited to take shots your first night there, but you will learn your lesson the hard way.

Mixed drinks can be found in every backpacker’s bar up and down the Dalmatian Coast. Expect fruity drinks in buckets or carafes with long colorful straws. They’re overpriced for their kitsch factor, but that makes them no less delicious.

So you know what you’re drinking. Now you have to decide where to go for a night out. Just pick an island and you’ll definitely have a good time.

Raise a glass or two and say “zivjeli” (pronounced “shjee vell ee”), which means “to life.” Soak up the gorgeous Adriatic ocean views and embrace the good life. 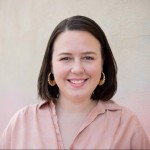 Caroline Eubanks is a freelance writer and travel blogger living in Atlanta, GA. She is Southern by birth, but a traveler by fate. She enjoys drinking Cokes for breakfast, shamelessly flashing press passes and adding pins to her travel map. Check out her blog, Caroline In the City, at Caroline in the City or on Twitter (@cairinthecity).

The Effects of Long-Term Travel