Cheese Travel Around the World

Cheese varieties across the world are as diversified as the places you can travel to. If your idea of cheese is a mass produced thin orange-yellow slice, perhaps it’s time to open your eyes to the wonderful world of cheese.

Travel lover can take their passion for discovering the unknown and a dislike for the mundane and apply it to experiencing cheese. Cheese varies by where the milk comes from, how it’s made, how it’s eaten, texture, flavor, and so much more. It can take a day to make or several years. And people take cheese seriously. Many cheeses, especially throughout Europe, are under a protection by designation or origin, like champagne.

Cheese was actually invented because of travel. It’s believed that cheese production may have started in Egypt more than 4.000 years ago when Egyptians carried milk with them during journeys. The gentle agitation rocked the bags carrying milk and created cheese. Here are some places around the world producing cheese:

The United States is the leading country of cheese production with making more than 30% of the world’s cheese. Cheese is made throughout the entire country, but the prominent cheese regions include Wisconsin, California especially in Sonoma and Marin County, Vermont, and the Pacific Northwest. The country’s most produced cheeses are American, Cheddar, Mozzarella, and Cream cheese. But just like the craft beer revolution taking place in America, people are becoming more interested in unique, artisan cheeses.

Australia’s cheese making industry has boomed more rapidly than anywhere else. In the 1960’s the were producing 20 variations, by the 1970’s it had doubles, and today, they are producing more than 100 different kinds of cheeses. The country is most known for its delicious cheddars.

It’s estimated that England produces more than 700 different types of cheeses. Cheddar is named after the Cheddar Gorge caves in Somerset. Some popular cheeses produced in England include Stilton, Blue, Cheddar, Gloucester, and Lancashire.

France is the biggest exporter of cheese by monetary value. Known for creamy and often robust cheeses, Bleu, Brie, Camembert, Mimolette, Roquefort, and Chevre are just a few of the most common cheeses produced.

Most cheese produced in Brazil is pasteurized for food safety reasons, but Queijo Minas is made with raw cow’s milk. The soft cheese is made in Minas Gerai and has strict regulations to remain its safety.

Asiago, Fontina, Mozzarella, Pecorino, Talaggio, and Provolone are just a handful of delicious cheeses made throughout Italy. Many Italian cheeses have a nuttiness that works well in pastas. Perhaps the most well-known, Parmesan, is produced in the Parma, Reggio Emilia, Modena, Bologna, and Mantura regions of the country. Parmesan is made from cow’s milk and takes 12 months to properly age before it makes its way to your table.

Germany makes more than 600 different types of cheeses with 75% of them being produced in Bavaria. Allgauer Emmentaler, also known as Swiss, is one of the most popular cheeses made. Other cheeses produced inclue Tilsiter, Wilstermarschkase, Gouda, and Munster.

Egypt’s most famous cheese is Domiati, a soft, white cheese. The cheese is usually made with buffalo’s milk and has a salty taste. It can also be throughout the Middle East.

Feta is probably the first thing that comes to mind when you think of Greek cheese. It’s a crumbly cheese often made from goat or sheep’s milk. Some other cheeses produced in Greece include Anthotiros, Parnassos, Galotiri, Graviera, Kasseri.

Besides cow milk, cheeses in Turkey are also made with lamb’s milk. A fresh white cheese is popular which is similar to feta. They make about 20 different cheeses including some with other authentic ingredients you may associate with Turkish culture like cumin, bay leaves, dill, lavender, and mint.

Gouda and Edam may be the most popular cheeses produced in the Netherlands, but it’s the way it’s sold that is interesting. Dutch cheese makers bring their cheese to outside markets throughout the country to sell their cheese.

Of the more than 450 varieties of cheeses made in Switzerland, almost all of it is produced from cows. Besides Swiss, they produce Gruyere, Raclette, and Gala.

Asian cuisine is usually not what comes to mind when thinking of cheese. It’s not a common ingredient produced. But in China, they make Rushan cheese from cow’s milk that has been in production since the Ming Dynasty. In Nepal, they produce cheese from the milk of a yak. 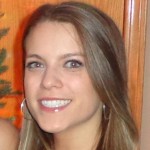 Cheap Places To Stay For Awhile Around The World

Hospital Visits Around The World

Thoughts on Colombia After 2 Months of Travel