Jetlag is an odd beast, particularly because it’s easily confused with hangovers, general fatigue or an onset of stupidity. It manifests itself strangely mentally; with your body watching a ping pong show in Bangkok, while your mind is still gardening in Milton Keynes. Language is its most obvious victim, as stopovers and border hops mean that after going half way round the world you’re in Phnom Pehn speaking Thai with an Indian accent. English degenerates to a monosyllabic present tense with hand gestures- until you realise the local you’re asking for the price of Marlboro’s is from Indiana.

The physical effects are still weirder, with formerly svelte, bronzed teenagers morphing into pregnant chip shop owners from Sunderland. It also makes your skin look like you’ve been left to pickle in ditch water for a few months. Even worse, it grabs hold of your digestive system and twists it into an insatiable and confused mess; eight plane meals and a Burger King in, you’re still famished and constipated. Oh for the good old days before planes were invented and you just couldn’t go anywhere fast enough to get jetlagged. Now- sadly- there is no escape, and you will feel and seem insane for the first few days after you land. This is how to minimise it:

Don’t drink on the flight. Even though it’s free and you can’t sleep. And all old Indian men seem to put away eight whiskeys without any trouble. It will kill any chance you had of keeping yourself hydrated while spending the day in the sky with recycled air. Drink loads of water instead, it’s not as fun but will increase your chance of not feeling like crap when you arrive. Air hostesses can often seem like they are maliciously bent on withholding a normal size bottle from you, so buy one or two in duty free and bring them with you.

Time zone adjustment: Try and change your sleep patterns to mirror the ones of your destination country while you’re still at home. This may involve staying out until 5am or going to bed at dinnertime, but if you try to change your schedule gradually it can be very helpful in avoiding lag. Resist the temptation to go overboard though, as it can be antisocial to rearrange your going away party for 6am the day after you leave.

Don’t eat plane food: Many believe that mealtimes on long haul flights were invented by a sadistic dwarf who spent his whole life in a wardrobe eating cardboard. There is no other way they could have been thought up. When a hot box of sick with a plastic bun next to it is slammed down in front of you at 4am, and the sweaty obese man in the aisle drops his semolina dessert into your crotch, the time comes to question the intelligence of eating it. This is especially true because the food is likely to screw with your time zone adjustment and your digestion. Many are the unfortunate people who have avoided Delhi belly for six months, before being laid out by the prawn tikka on the plane. Thus, the key is to avoid it at all costs. This is best done by getting bumped to first class, but if begging and bribes don’t work, stick it to the system by upgrading yourself. Bring a damp towel in a plastic bag and lightly dab yourself with it at take-off. Then whip out a glass bottle of Perrier and ask for some ice and lemon while sampling a roasted cashew nut or two. Eat your salmon en croute at 7pm at your destination time zone. It will make everyone hate you, but you will feel a million times better upon arrival.

Don’t take sleeping pills: They get a hold on your system which lasts for days and hugely exacerbates the effects of jet lag. Also, they aren’t always strong enough to make you sleep when economy class seats are making you contort into a sweaty ball of rage. Instead, they keep you in a strange hallucinatory dream world where the back of your seat is a big can of soup trying to eat your neck. Misjudging the dose may also mean that you spend your stopover passed out on the airport floor, before waking up and realising that you’ve missed your flight and are now stuck in the Ukraine with only two bikinis and a bottle of suntan lotion for company.

Take a stopover: Even though the prospect of extending your travelling time can seem completely insane, planning a few days of stopover en route to distant lands (Oceania in particular) can significantly alleviate your jetlag. Also it’s kind of like a free holiday if you manage to plan your flights right, and can land you with a decadent weekend away in LA or Hong Kong before you go and lie down on a beach somewhere. Life is, as ever, very hard.

How do you avoid jetlag? 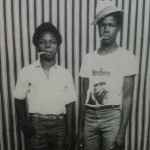 I'm Louise, a freelance travel journalist and deputy editor of The Angle News. I hold very strong convictions on the pointlessness of quick-drying towels, and have finally realised that I will never look like a local in anywhere other than Northern Europe. This does not stop me embarassing myself by trying. Check out my website or on Twitter @louisetravel

Hospitalized at the Full Moon Party

What it’s Like to Know Spanish in Latin America